Full Day in Prague on Foot, by Riverboat and by Tram

Daily, starting at 11 am with optional free pickup from your hotel at 10:30 am. This six-hour tour includes lunch, drinks, a boat cruise and a tram ride.

This walk is a unique combination of the very best aspects of each of our walks. Moving from the magic little web of alleys in the OLD TOWN past the important milestones in the history of the JEWISH QUARTER and Wenceslas Square in the NEW TOWN, the site of astonishing protests and uprisings, we come to the river. Here we can enjoy a comfortable cruise that shows us the most romantic spots of Prague, such as the LESSER TOWN or Prague Castle, from the most unusual angles. Then we board the tram to ascend the hill to PRAGUE CASTLE. 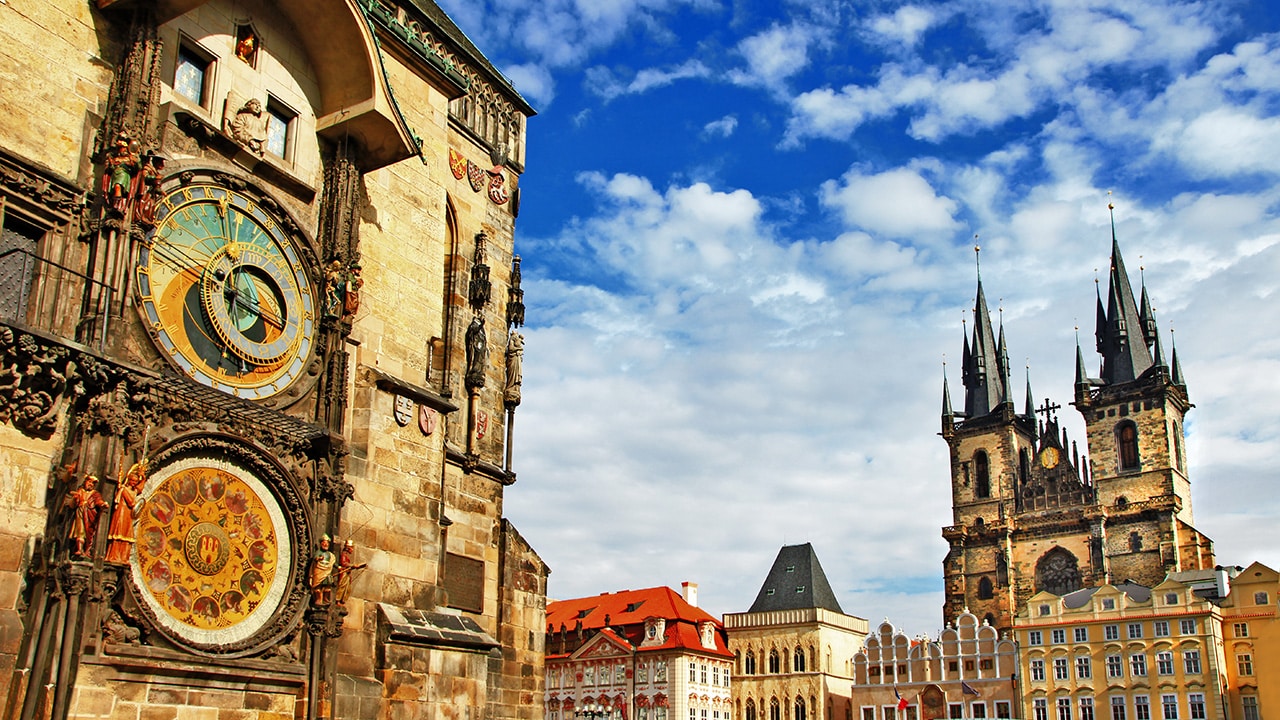 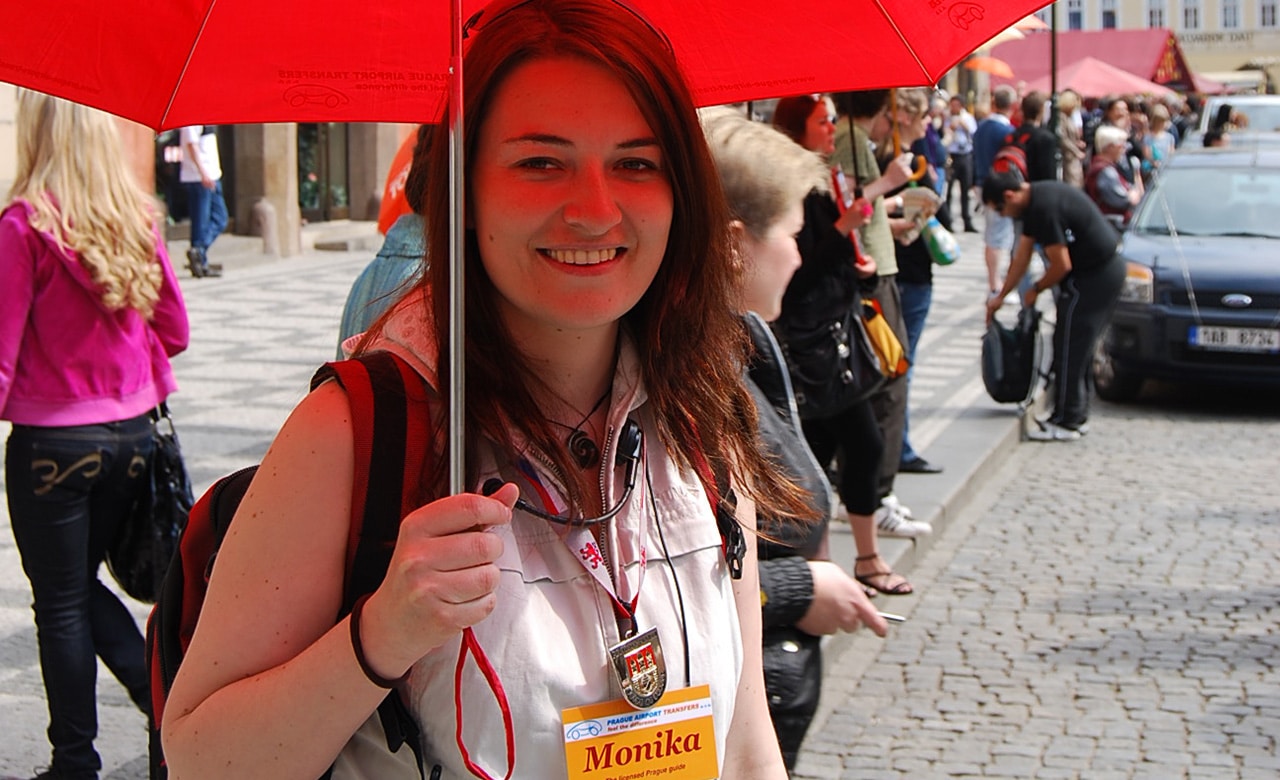 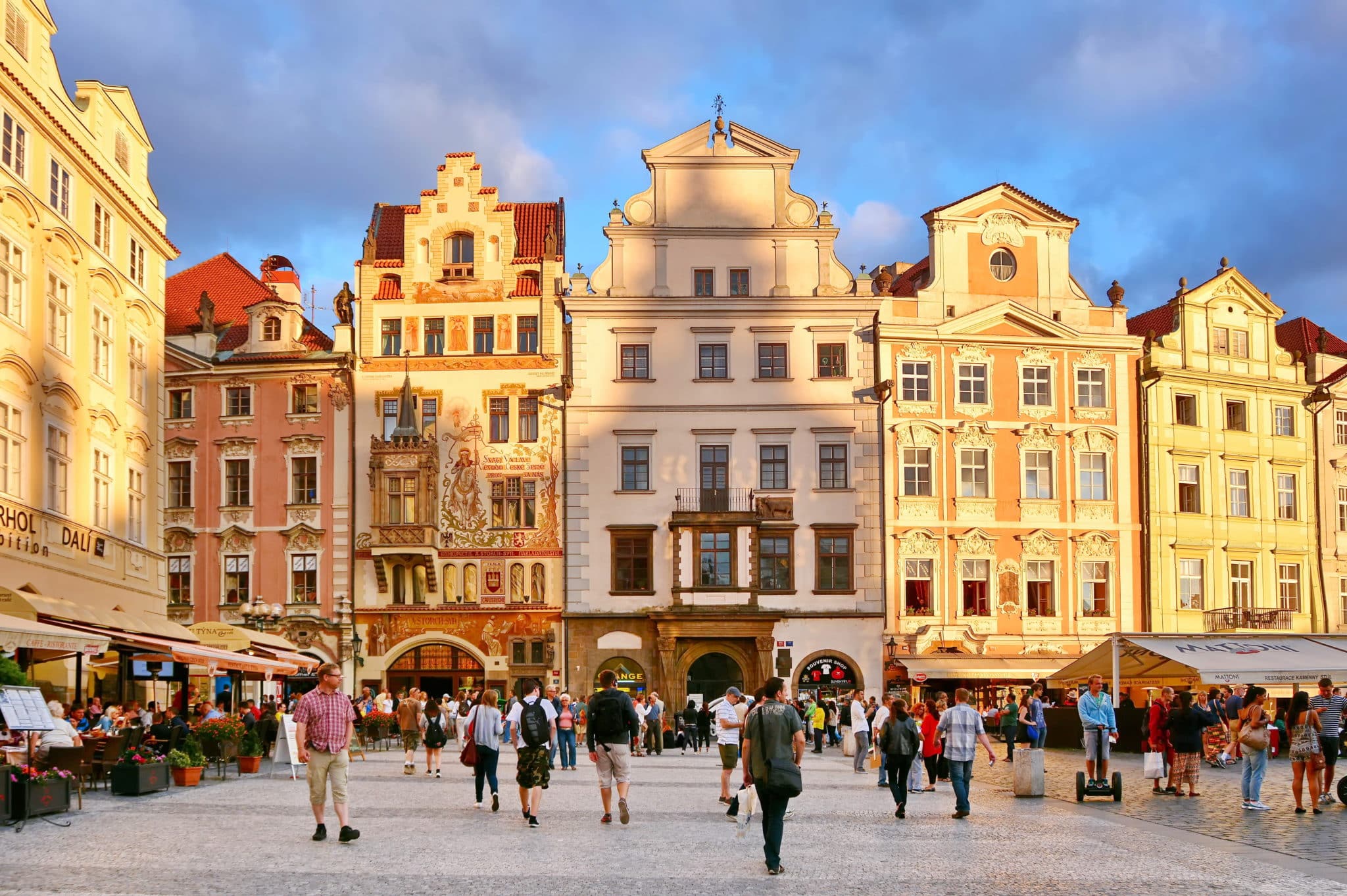 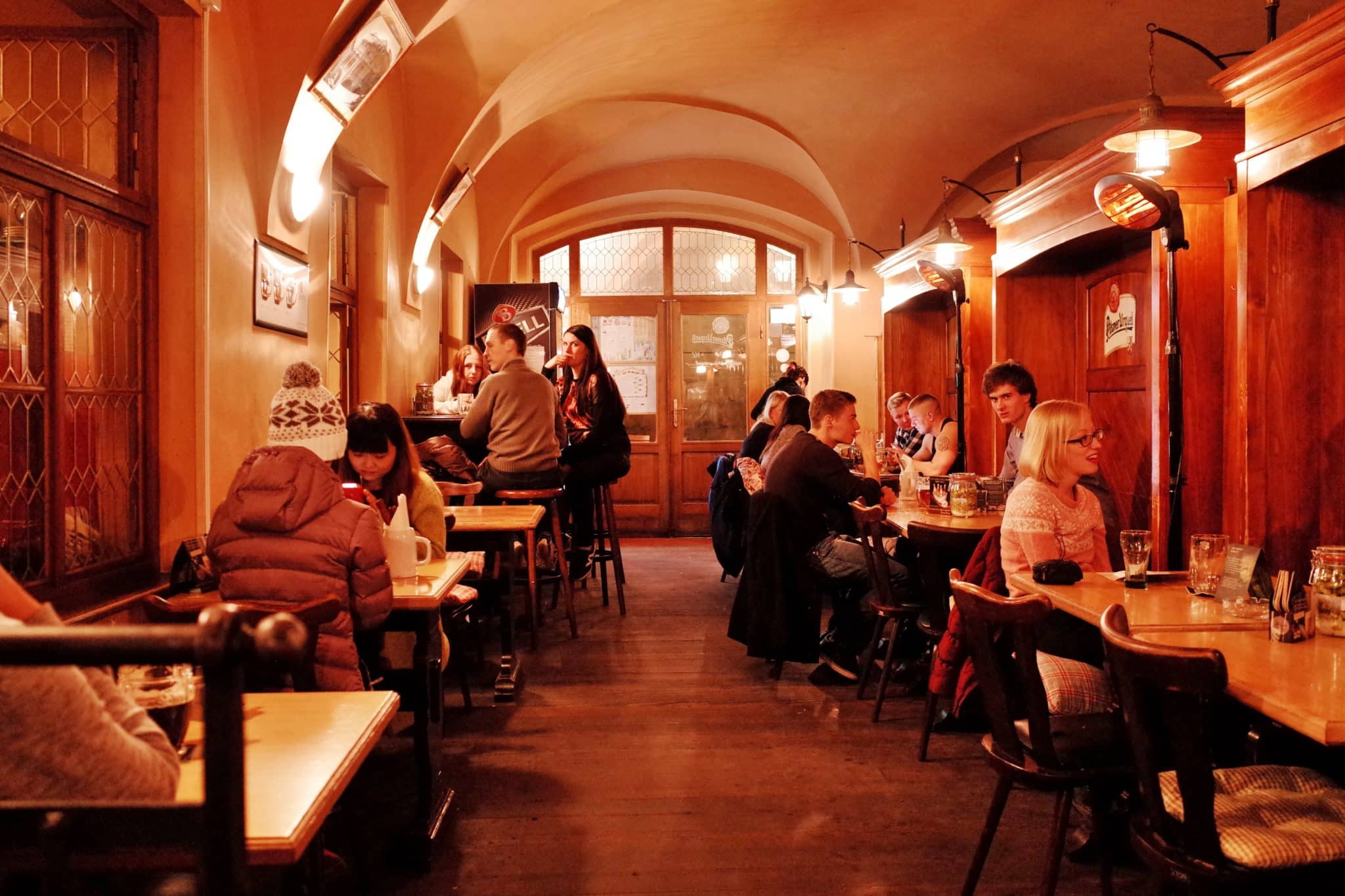 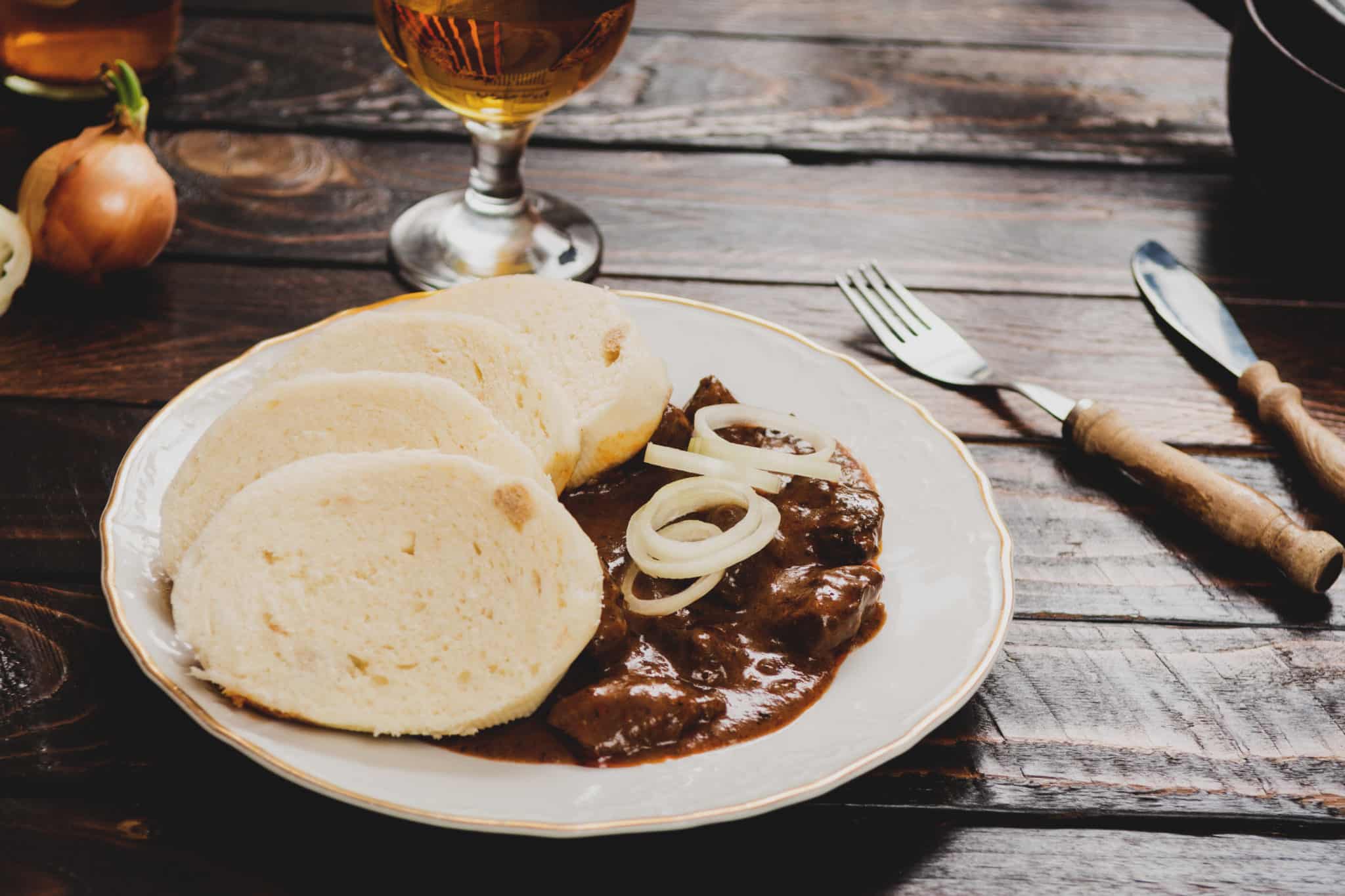 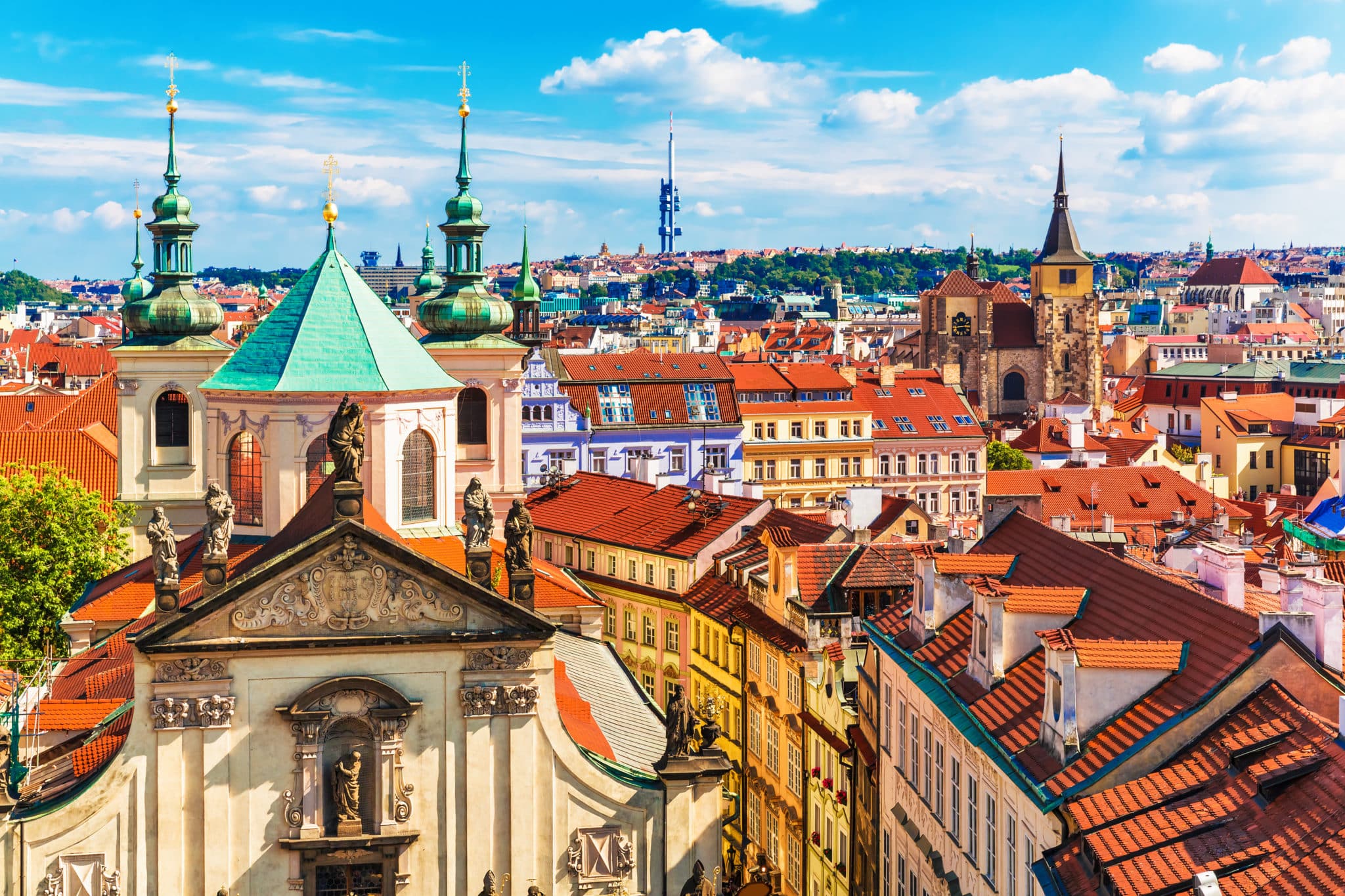 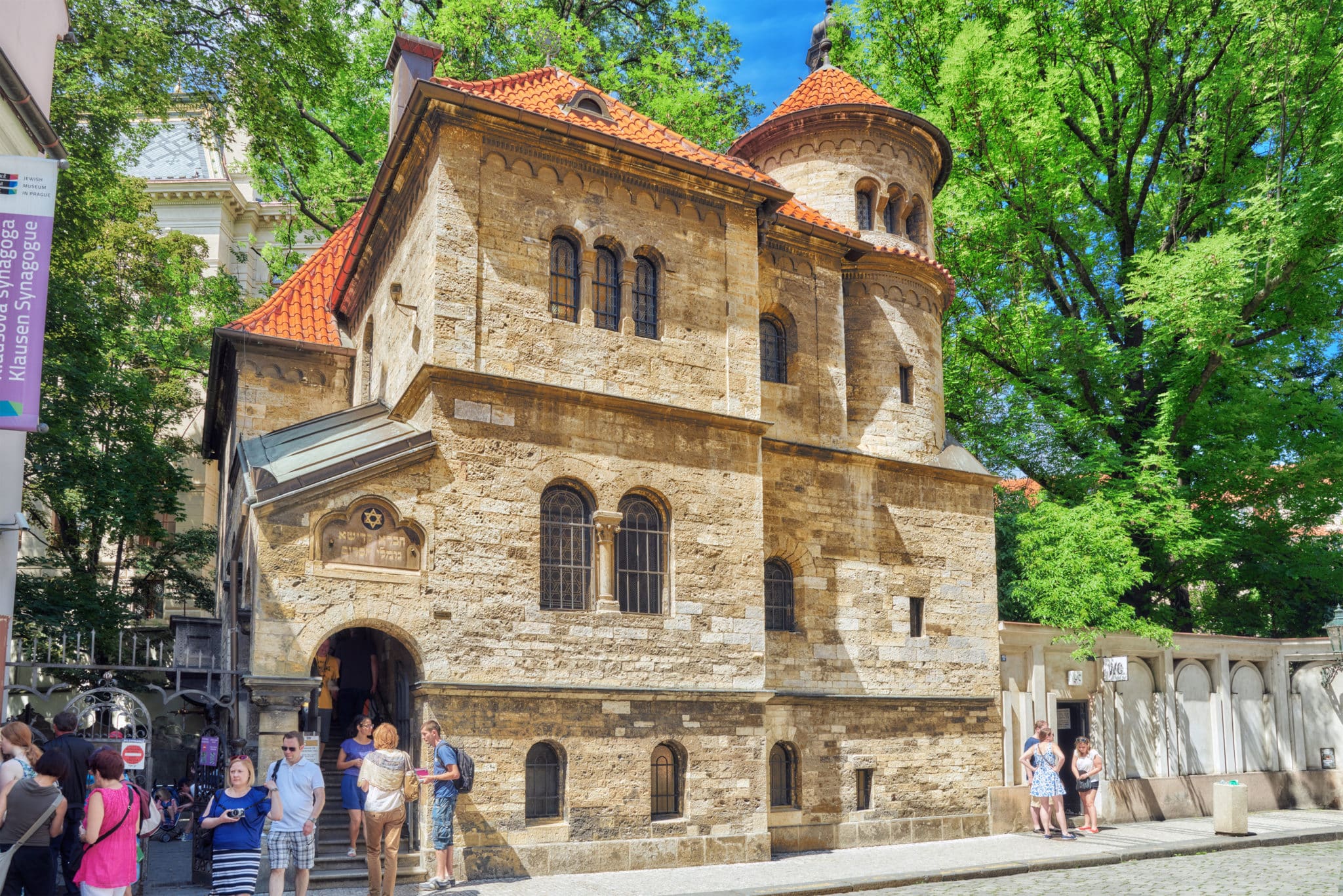 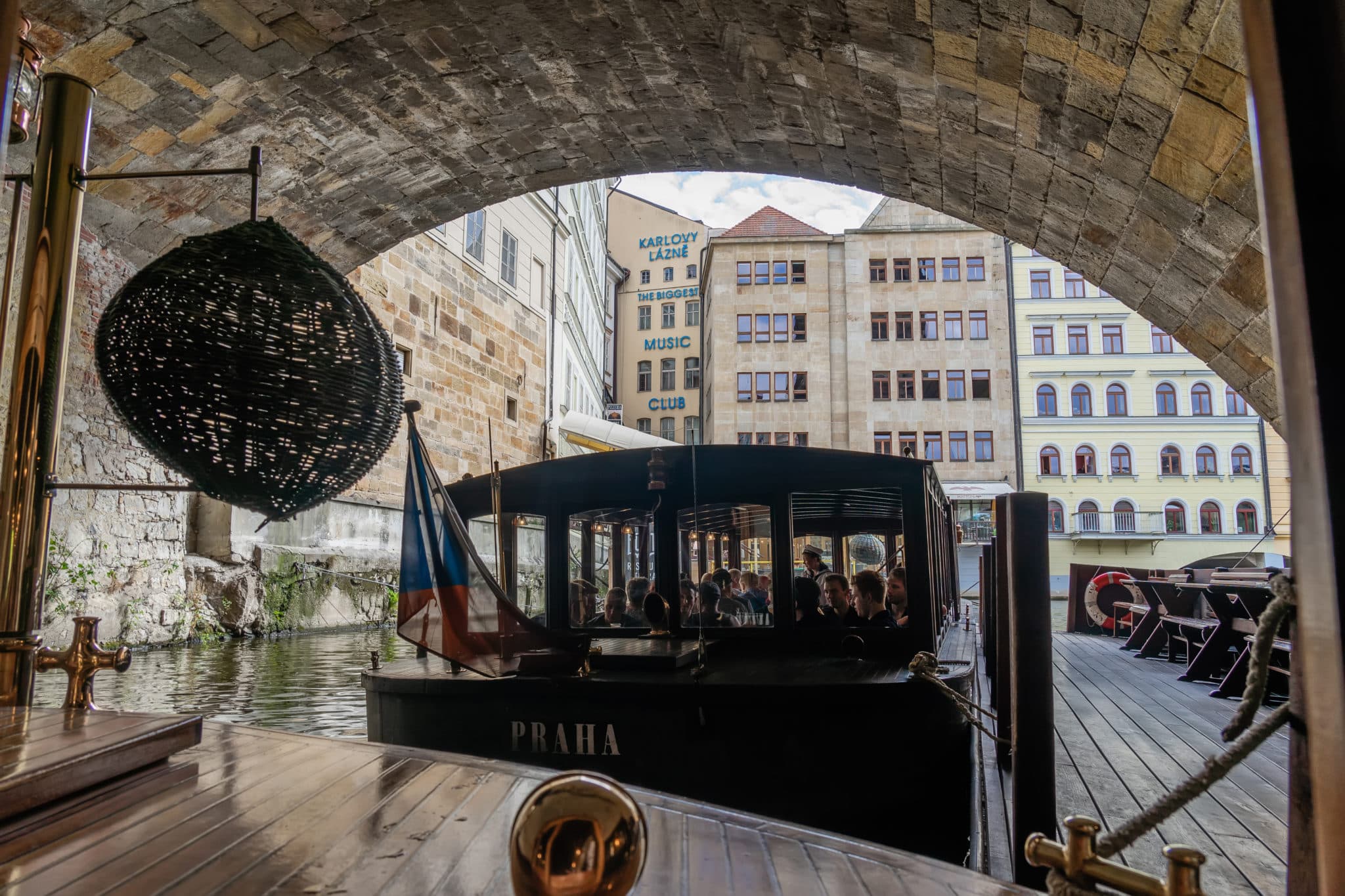 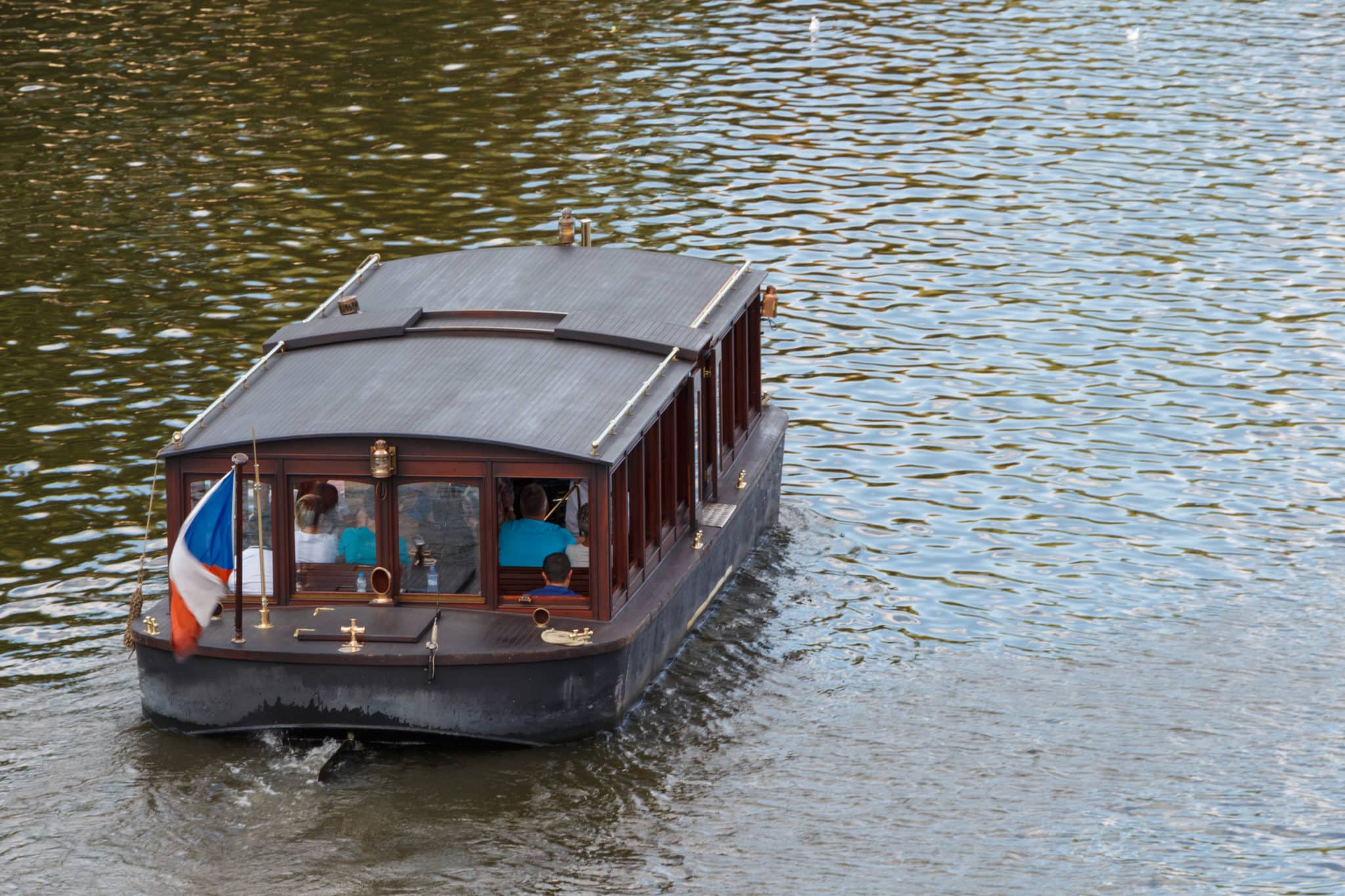 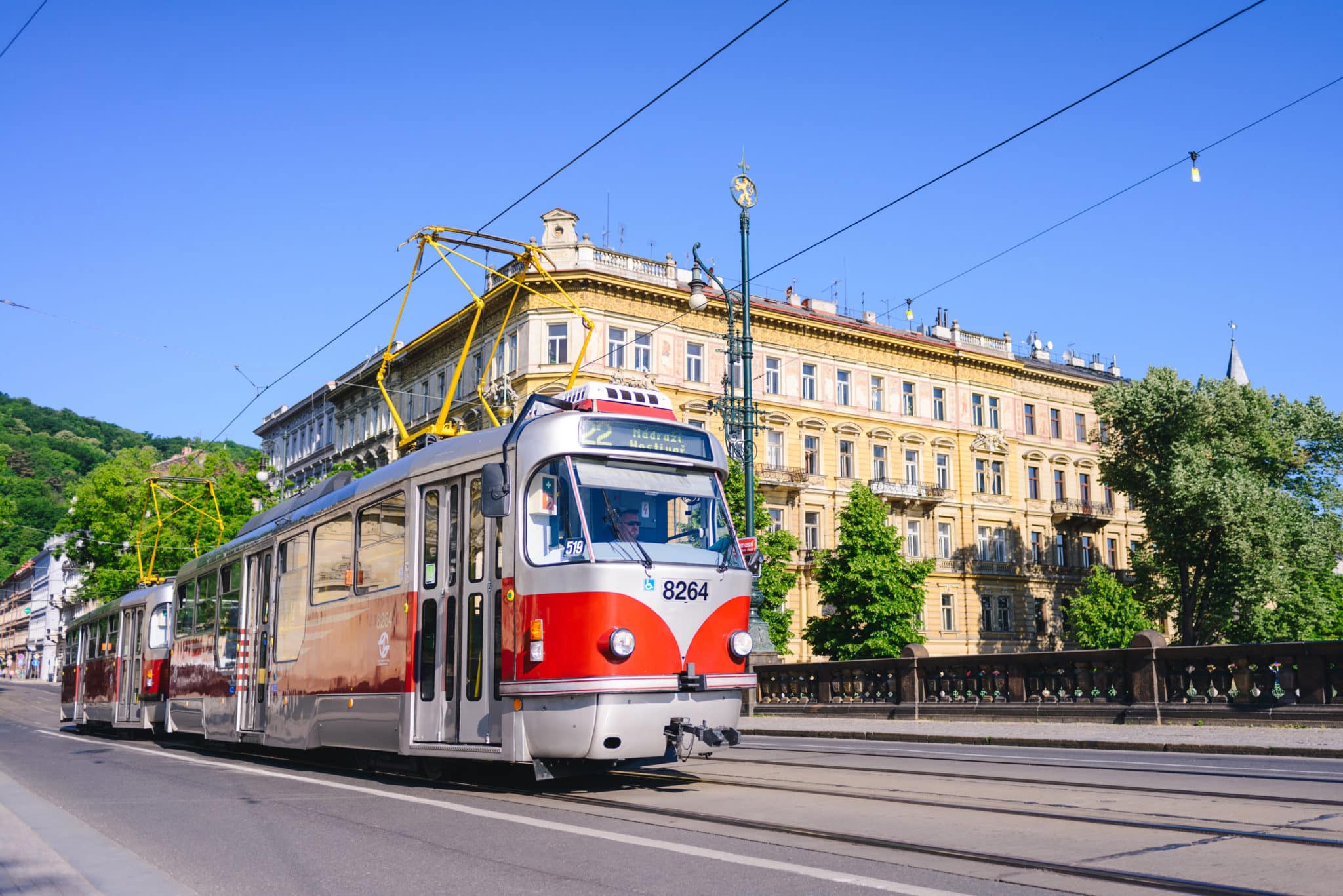 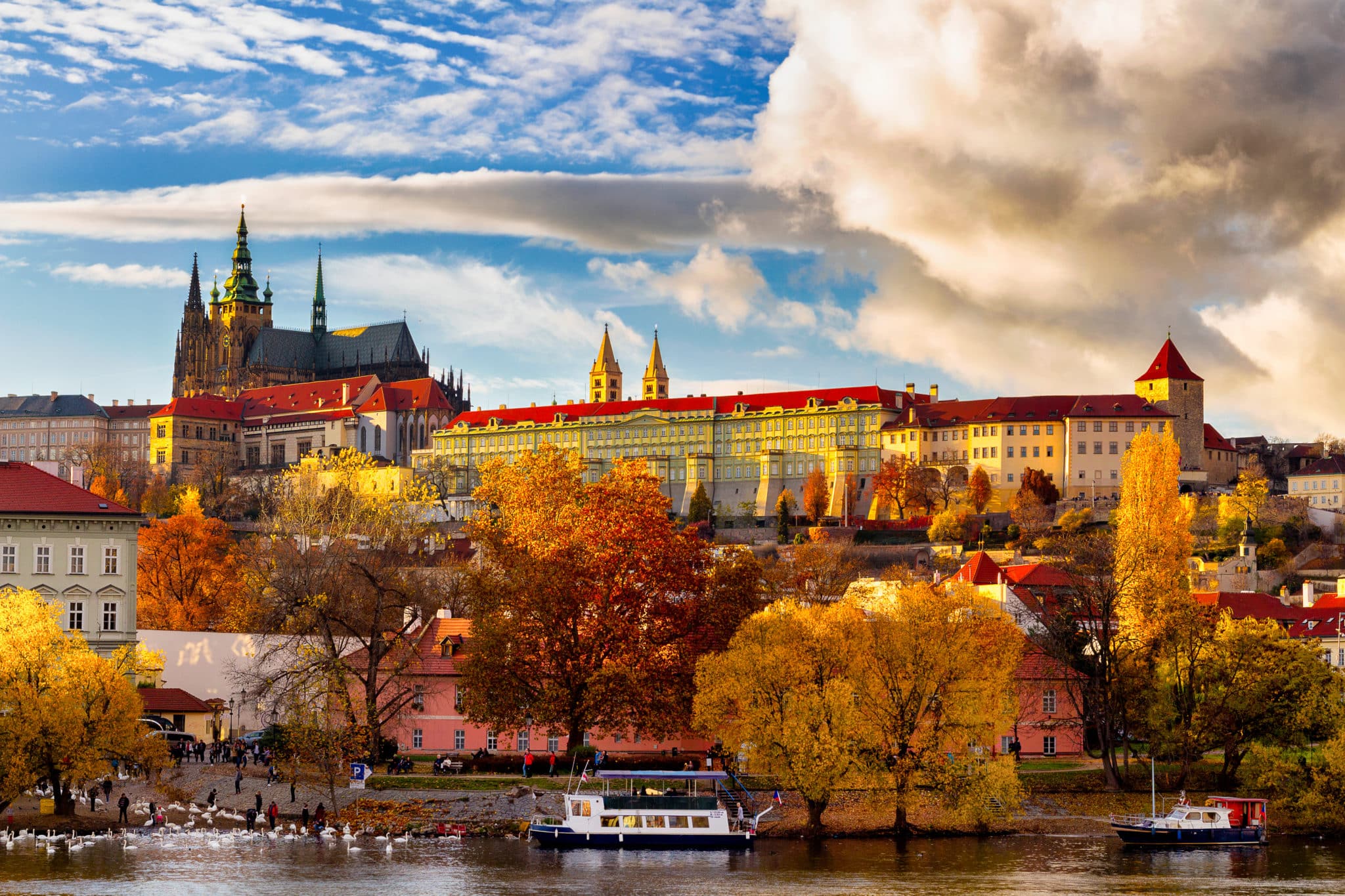 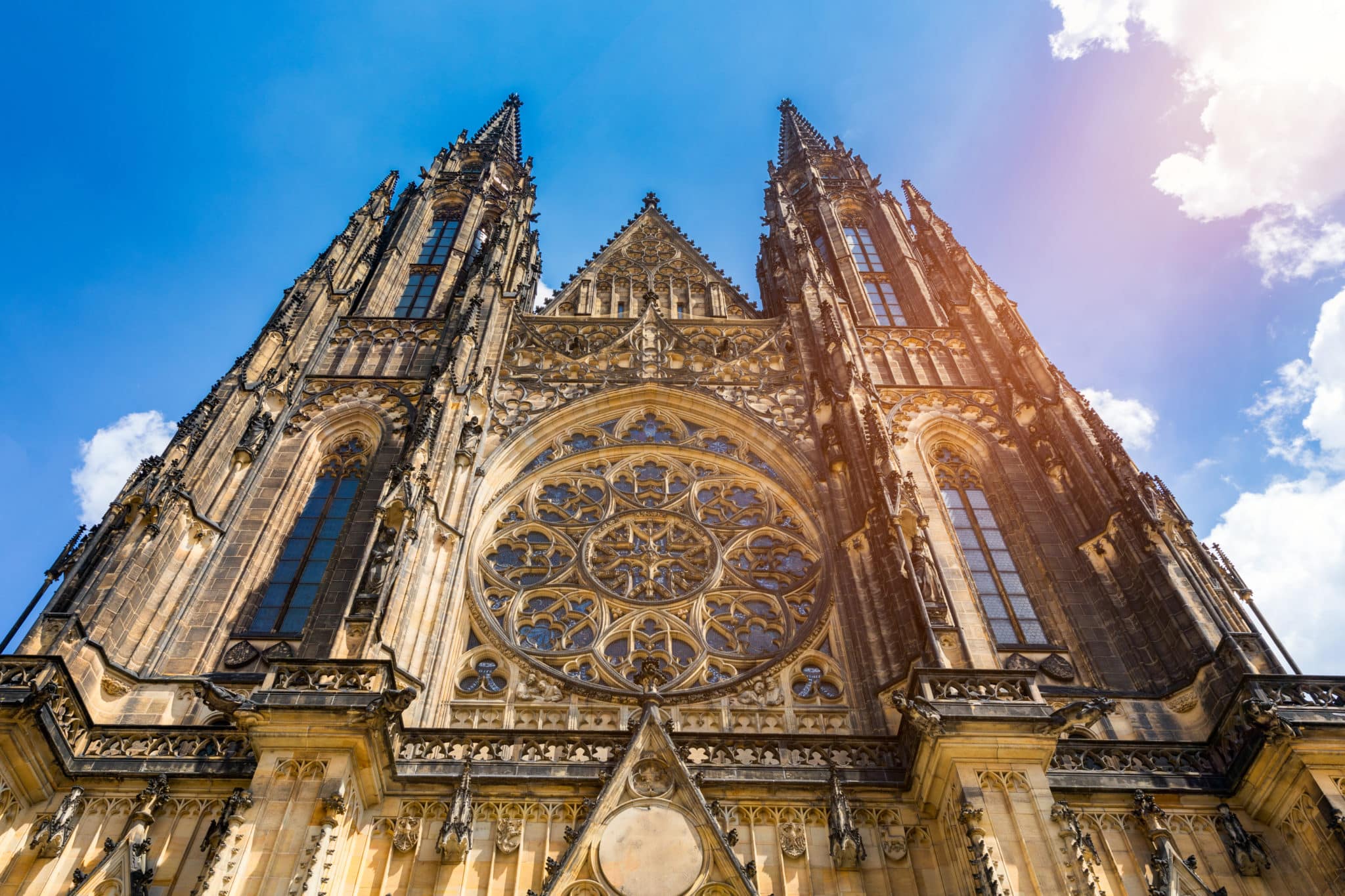 As we stroll around the Jewish Ghetto, we can look into Jewish traditions and history. The ghetto is formed of small houses and narrow alleys and attracts tourists with its unique monuments – the Old Jewish Cemetery, the Old-New Synagogue (still in use), and the Jewish Museum.

We admire the rich history of the Old Town with the marvellous Church of St.James, the medieval customs yard Ungelt, the Estates Theatre where Mozart´s Don Giovanni was introduced to the world, and the Charles University, the oldest one in Central Europe. On Wenceslas Square, we see where the Velvet Revolution occurred in 1989.

After a typical Czech lunch served in a nice restaurant, we take our cruise. Prague Castle crowning the top of a picturesque hill, the Lesser Town, the Church of St.Nicholas – a jewel of the Baroque, Charles Bridge – the oldest one in Prague, the National Theatre… Get unsurpassed views of all Prague’s treasures from the river!

After the cruise, we come to the Castle, the real heart of Prague. Your guide takes you through all the courtyards and shows you the Old Royal Palace, the Basilica of St.George, the Royal Garden, the Golden Lane, and St.Vitus Cathedral’s architectural gem. On this tour with a great guide, you can peer into the past from the 21st century.

The meeting point for this tour is on the corner of Paris Street (Pařížská) and Old Town Square, opposite the St Nicholas Church next to the Czech Tourism office. If you are not sure about finding this location, you might ask your hotel reception for exact directions or use our complimentary pickup from your hotel. The Old Town Square is a five-minute walk from Staroměstská metro station, and it is one of the most famous locations in Prague.

1 person: This tour requires a minimum of 2 participants. You can book, but we reserve the right to cancel this tour the day before if there are not enough participants.

Tour in Other Languages

1 person: This tour is not available for only one participant; it requires a minimum of 2 participants.

Group of 6 or more persons: CZK 1500; or special offer CZK 990 when booking an airport transfer with us.

Do I need to pre-book this tour?

Yes, we strongly recommend making a booking. We guaranteed a full refund if you cancel before the tour starts.

Where can I meet my tour guide?

The meeting point with our guide is at the corner of Paris Street (Pařížská) and Old Town Square, opposite the St Nicholas Church next to the Czech Tourism office. It is very easy to find; the Old Town Square is just a 5-min walk from Staroměstská underground station. Alternatively, ask at the hotel reception for directions.

Can I choose a different lunch from the advertised meal?

Yes, it is possible to discuss any special requirements directly with our tour guide. You will have a few choices from the lunch menu, including a vegetarian option and an advertised traditional Czech meal. There is also one soft drink or beer included.

Does the tour include entrance fees?

The tour route doesn’t include paying areas like interiors of Jewish museum or selected paid areas of Prague Castle.

Can our guide meet us at the hotel?

We can arrange this only if you book a private excursion or for larger groups (minimum 6 persons or more).

. This special offer is available only in English. If you are in a group of six or more persons, it can be arranged in other languages, including German, Spanish, French, Italian or Russian.